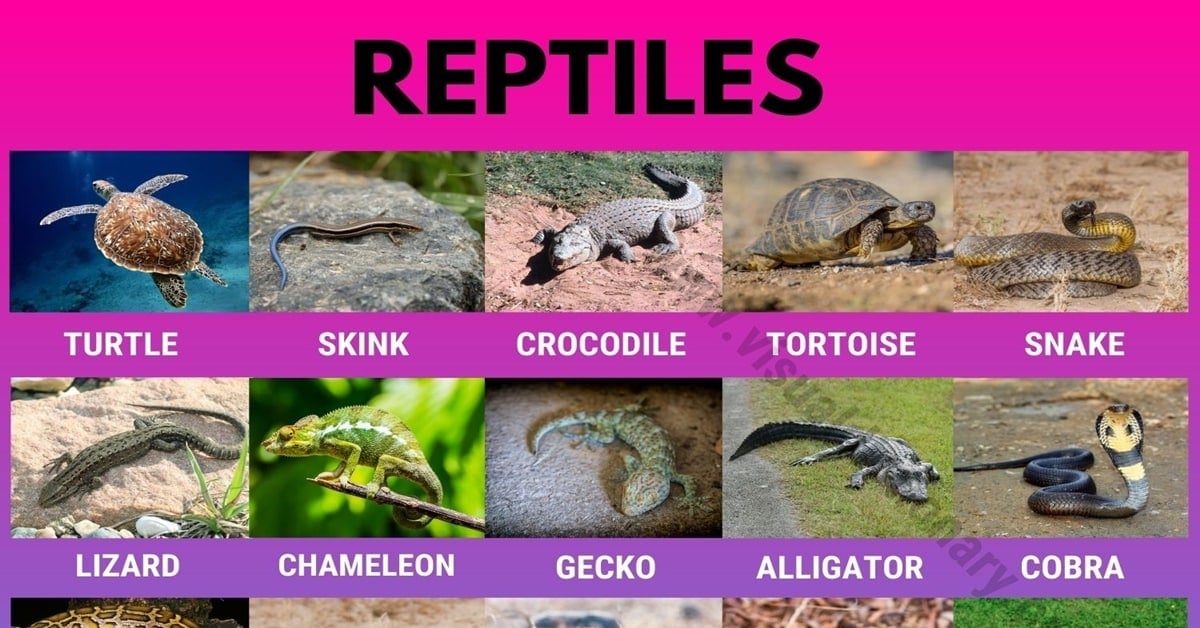 Reptiles are cold-blooded, which means that they rely on heat from their surroundings to warm up. Here, we’ll show a list of names of reptiles in English with pictures. This list will help you advance your English vocabulary for animals.

Reptiles are a varied group of vertebrates that includes snakes, lizards, alligators, crocodiles, turtles, worm-lizards, and caimans. They live in deserts, forests, freshwater wetlands, and the open ocean. 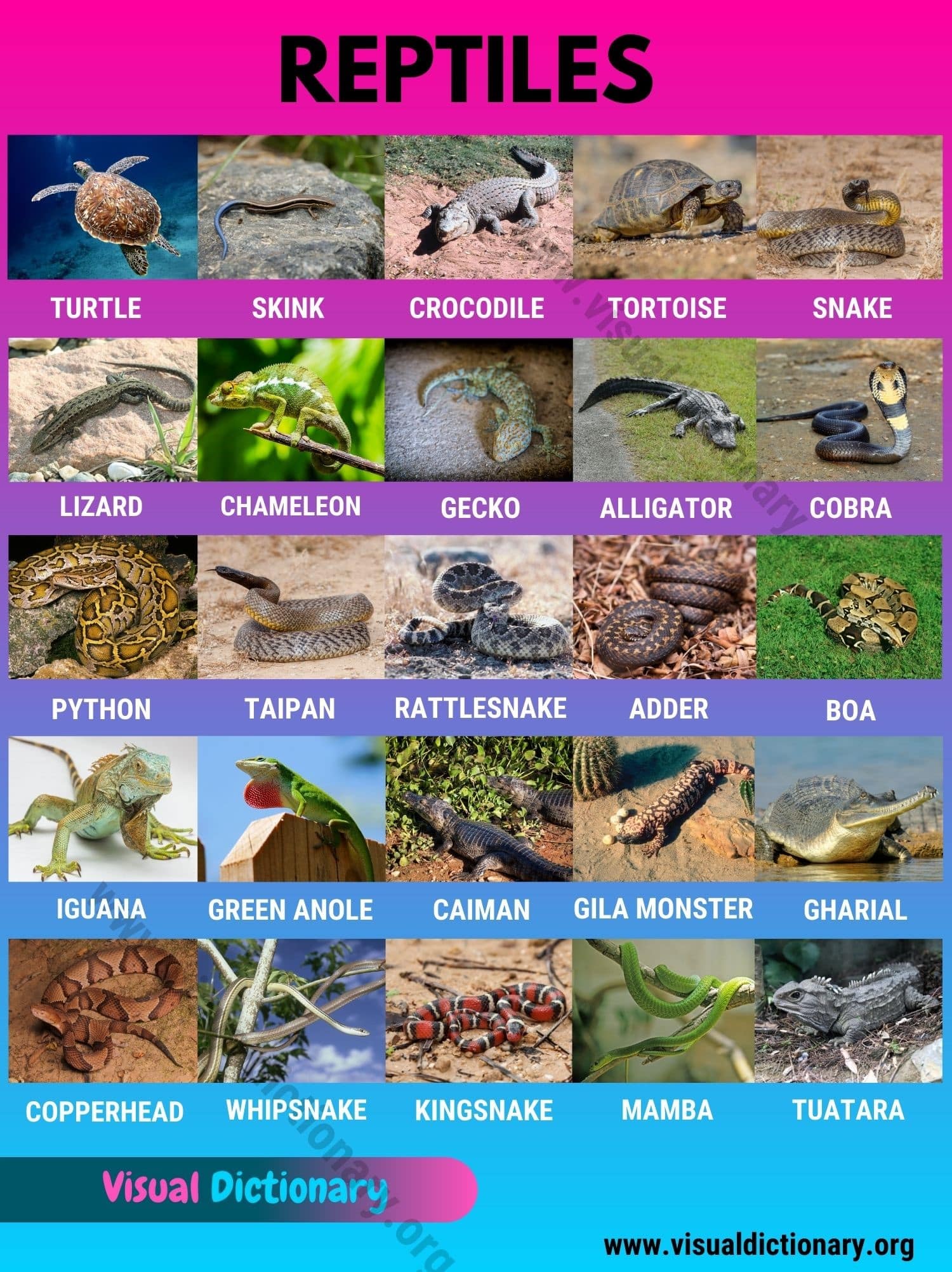