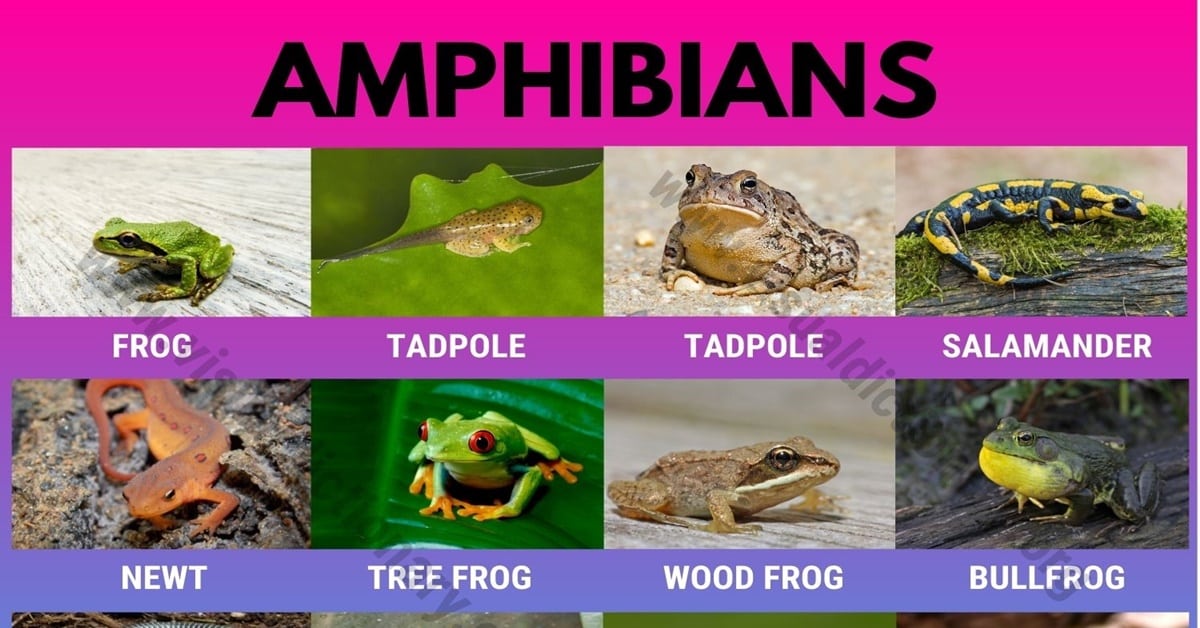 Amphibians – In this post, we’ll explore the amphibian class. Below is the list of common names of amphibians with examples and pictures.

Amphibians are cold-blooded vertebrates (animals with backbones) that don’t have scales. They live part of their lives in the water and part on land.

They are a diverse and exciting class of animals that include frogs, toads, salamanders, newts, and caecilians. 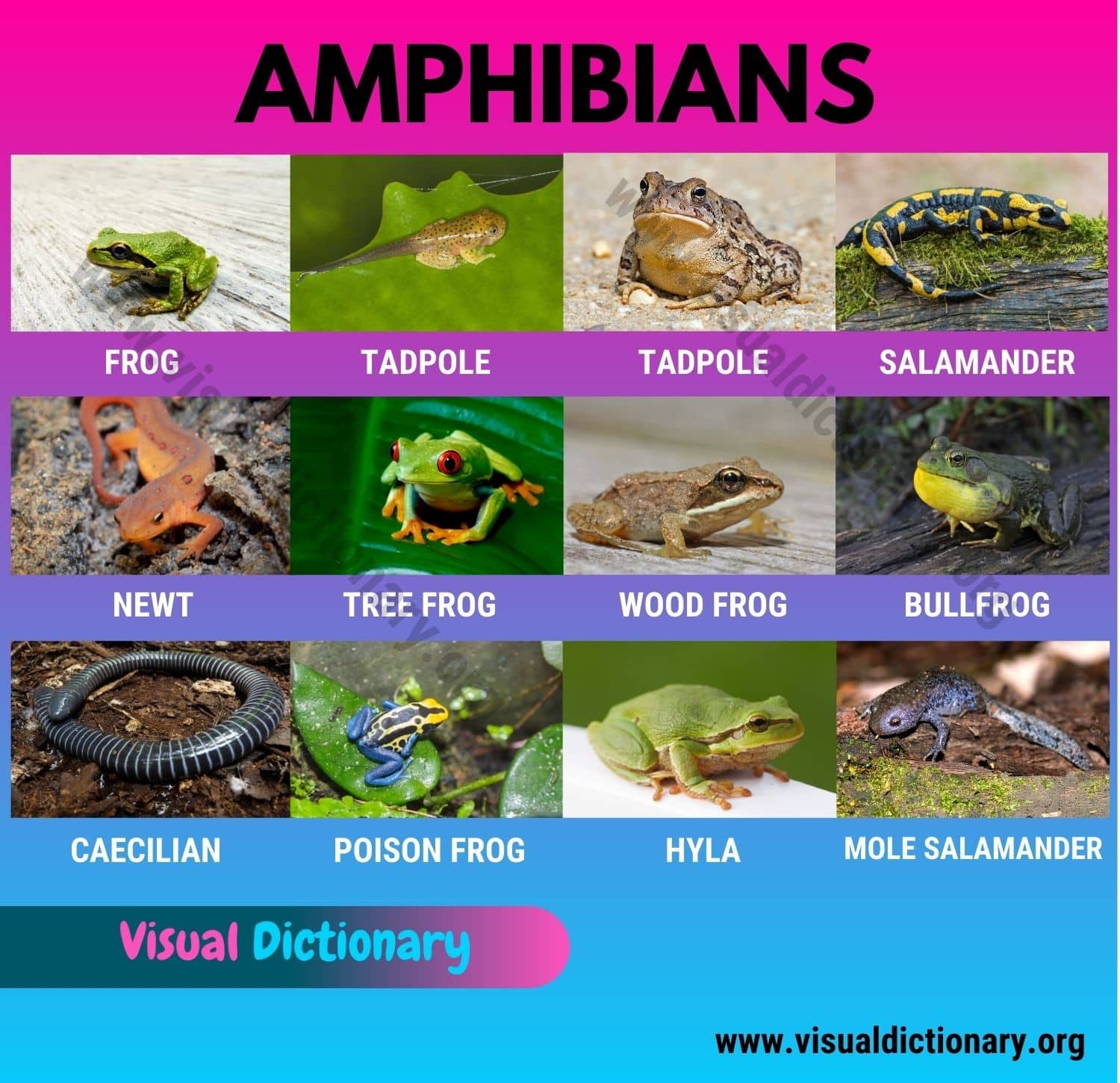