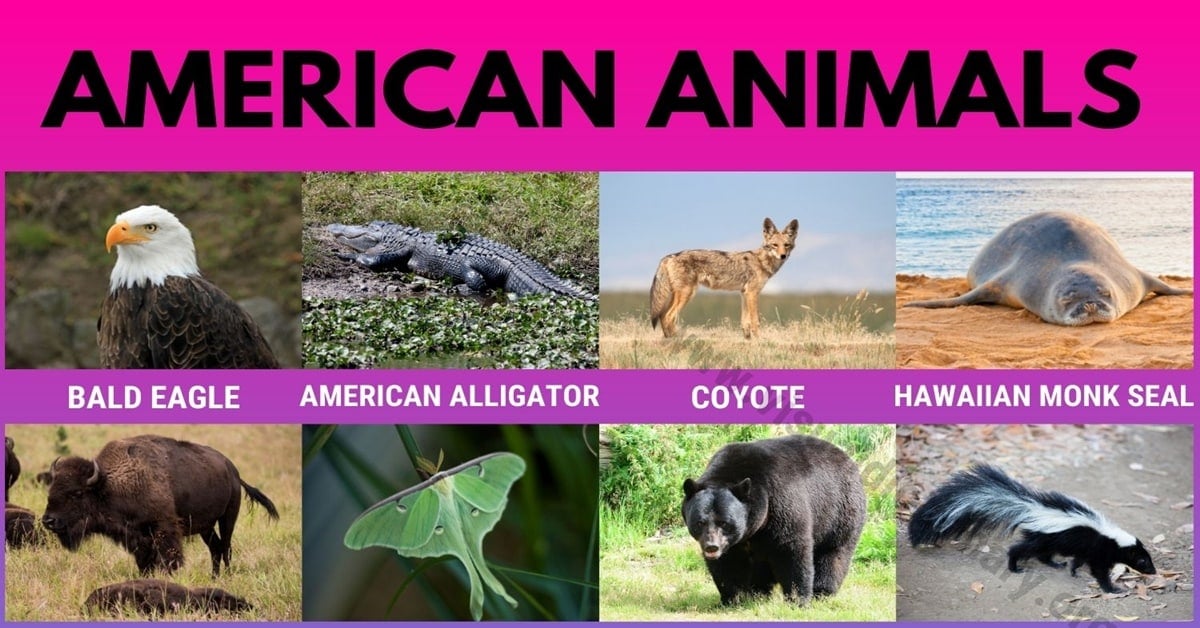 American animals – In the lesson, we provide a useful list of common names of animals found only in America. This list will help you enhance your English vocabulary for animals.

Like Asia, America has a wide range of different habitats available for animals to live in – including deserts, grasslands, mountains, and wetlands – and it has a diverse population of animal species. Animals such as the Luna moth and the black-footed ferret are unique only to North America.

The bald eagle is an iconic animal of America and has been the national bird of the USA since 1782. It is often found near open water where there is plenty of food available for it.

Other animals found only in America include the coyote, American alligator, Hawaiian monk seal, American bison, and American black bear.

Animals around the World: American Animals 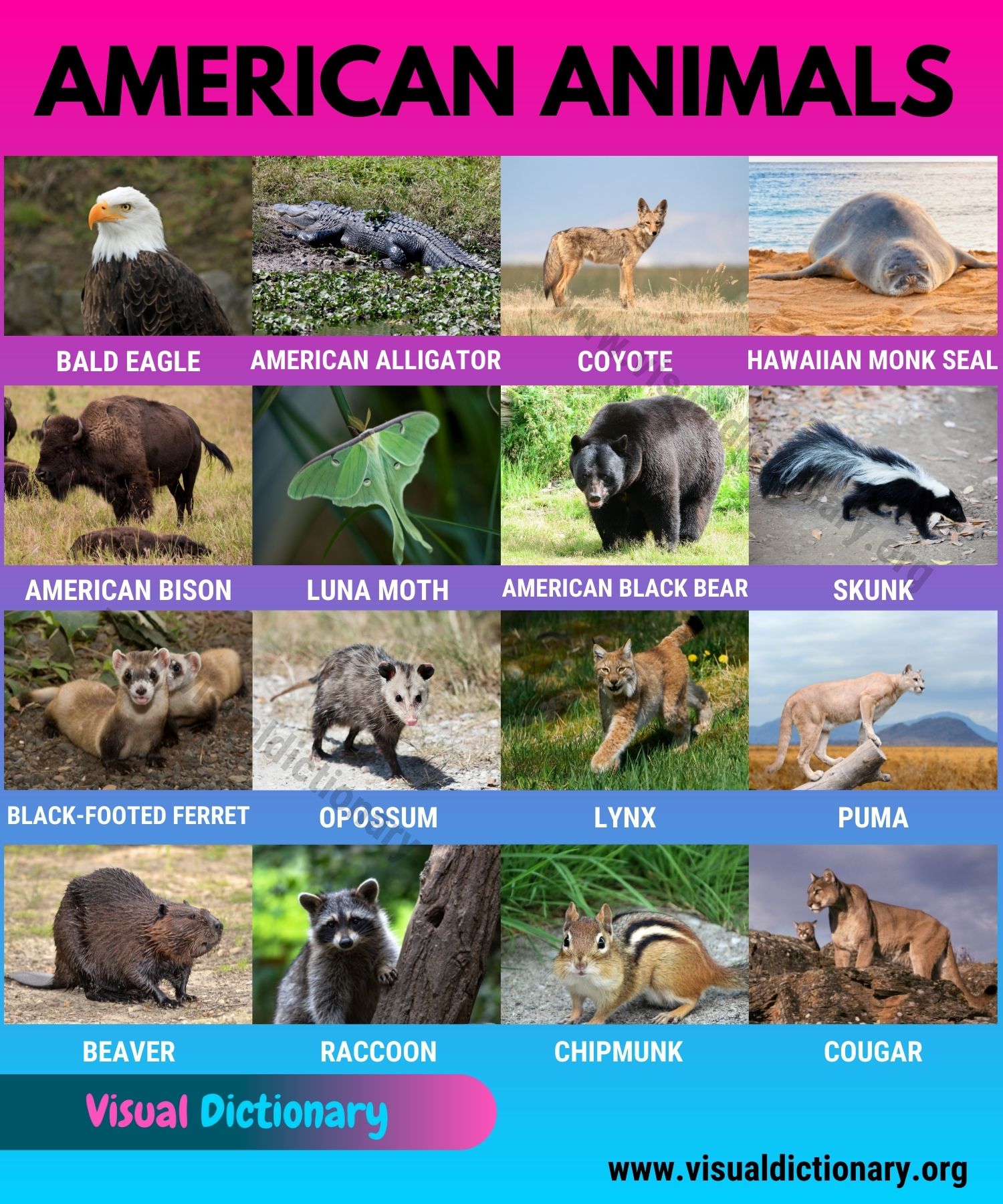