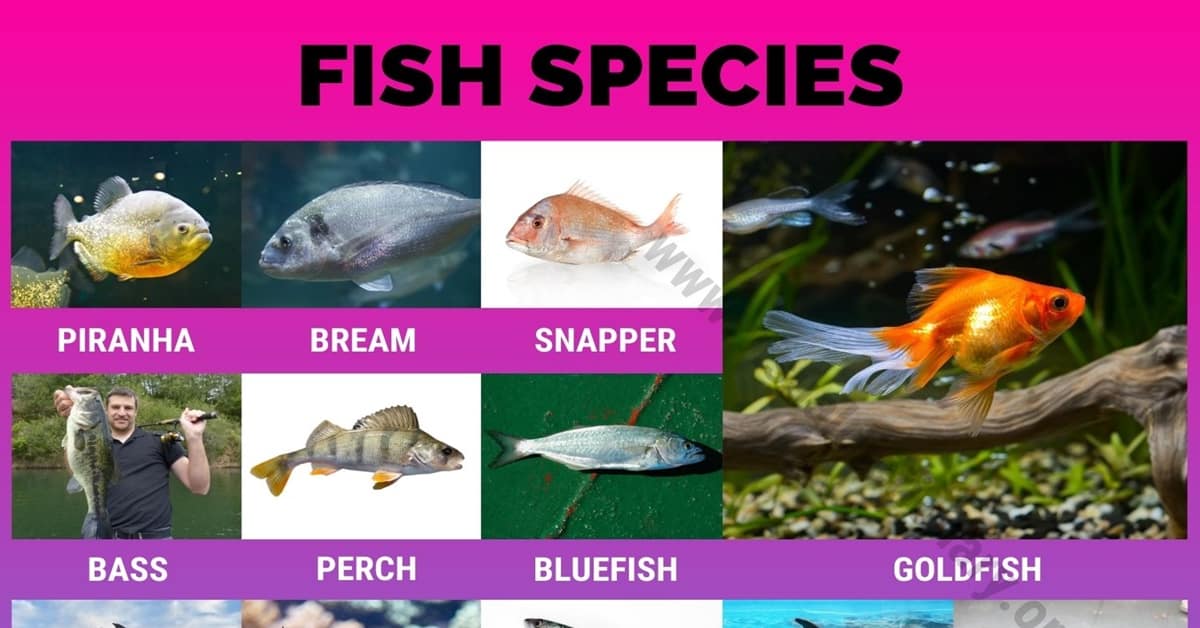 Types of fish! In this article, we show a useful list of different types of fish for both freshwater and saltwater varieties.

Fish are an important resource for humans worldwide, especially as food because it consists of a lot of minerals, vitamins, and proteins as it stays in water bodies.

Different Types of Fish in English 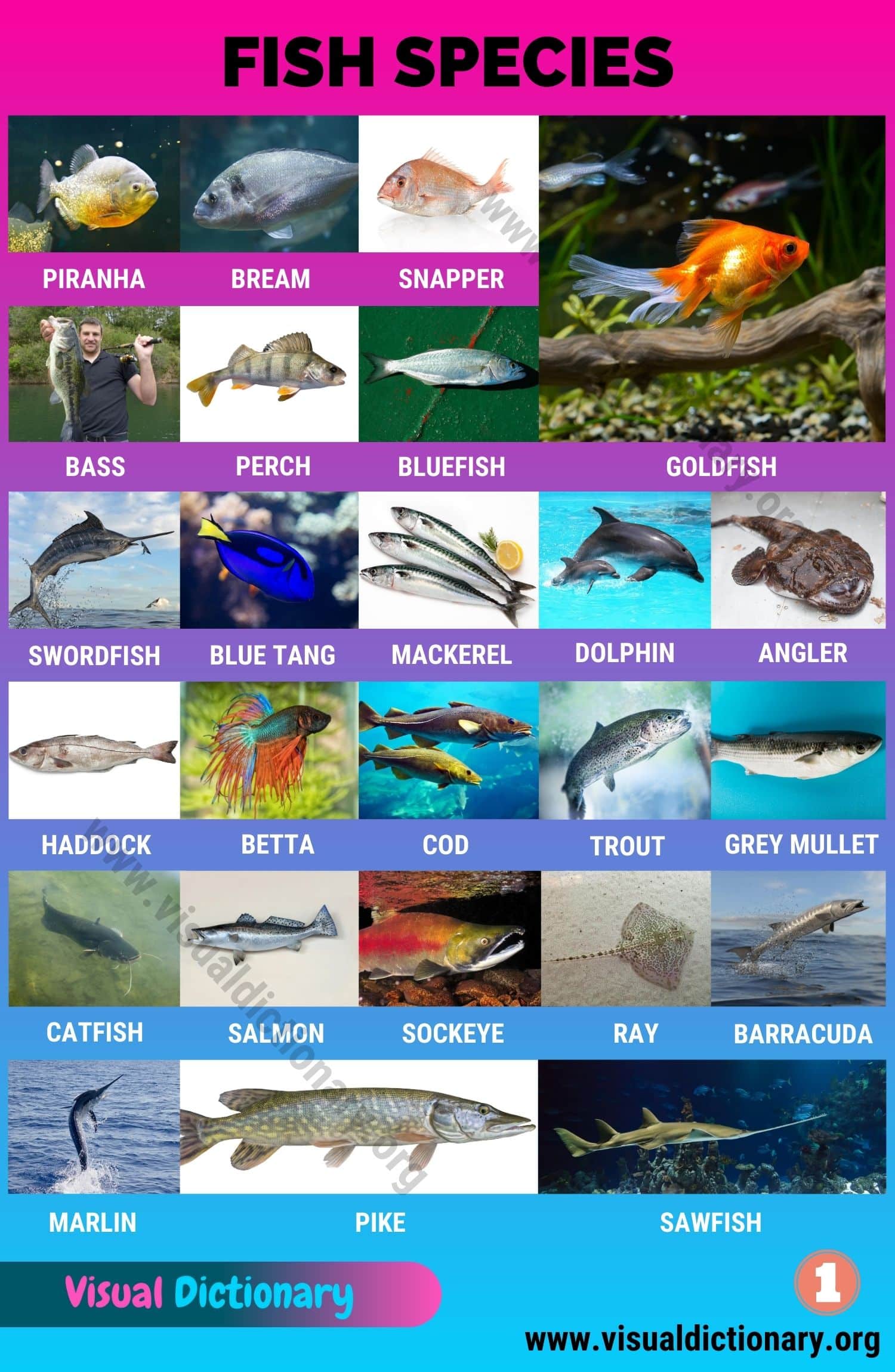 Pictures of Different Types of Fish around the World