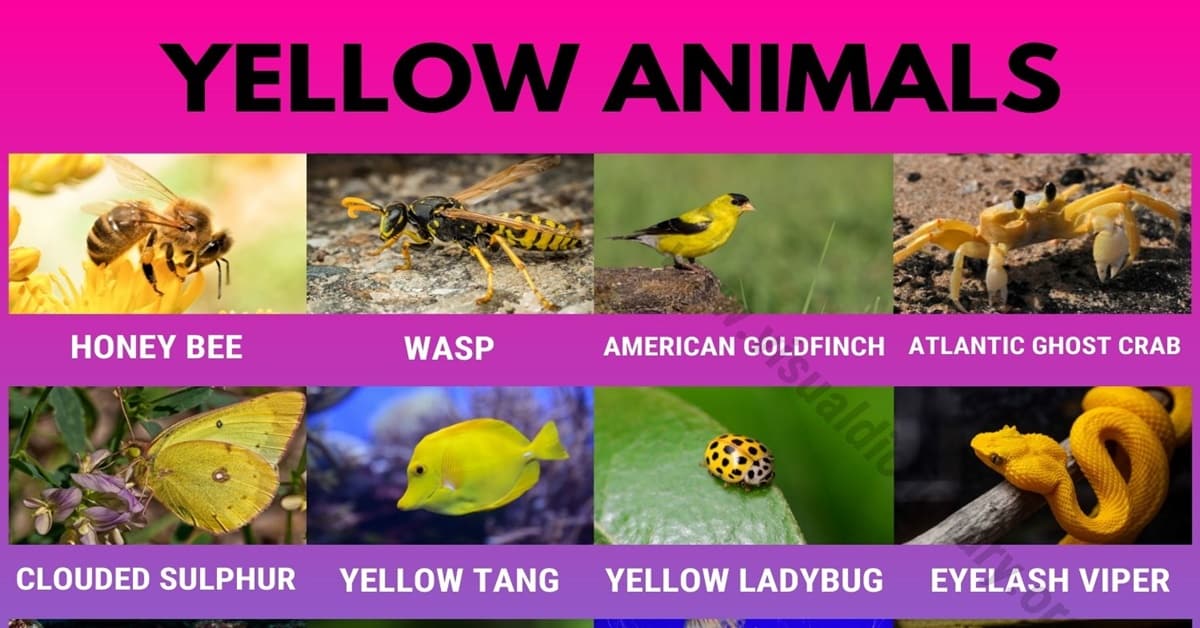 What are yellow animals? Yellow in the animal kingdom is often used as a warning. A good example of this would be yellow bees and wasps, which can deliver a painful sting if provoked. Other yellow animals include the American goldfinch and the Atlantic ghost crab. 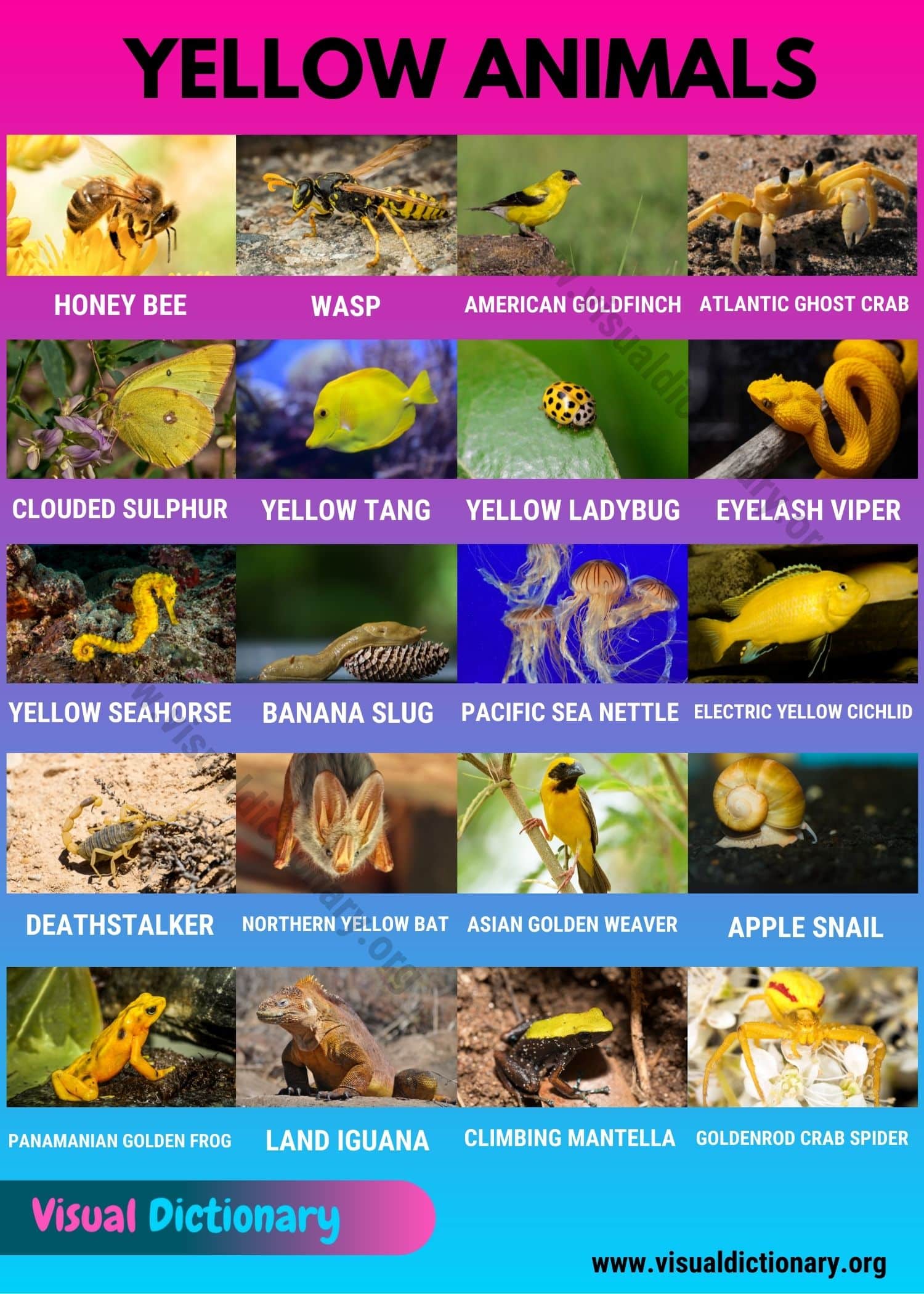