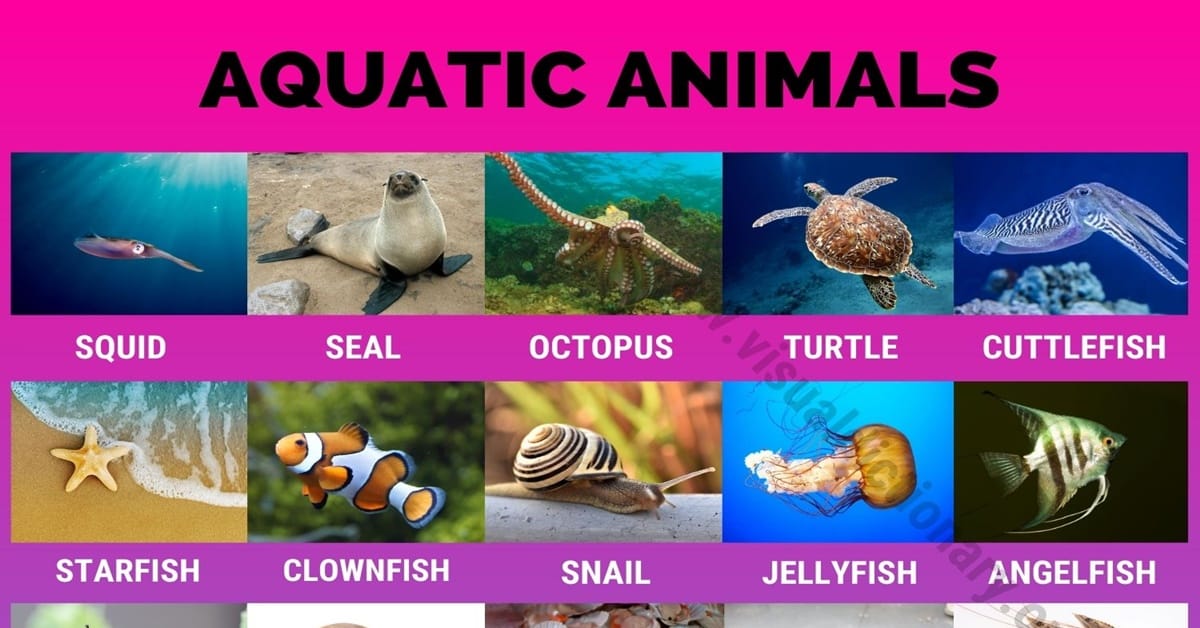 Aquatic animals are animals that live in the water. They either live in freshwater (freshwater animals), such as lakes, rivers, and ponds, or saltwater (sea animals), like the ocean.

Learn the Aquatic Animals with Pictures