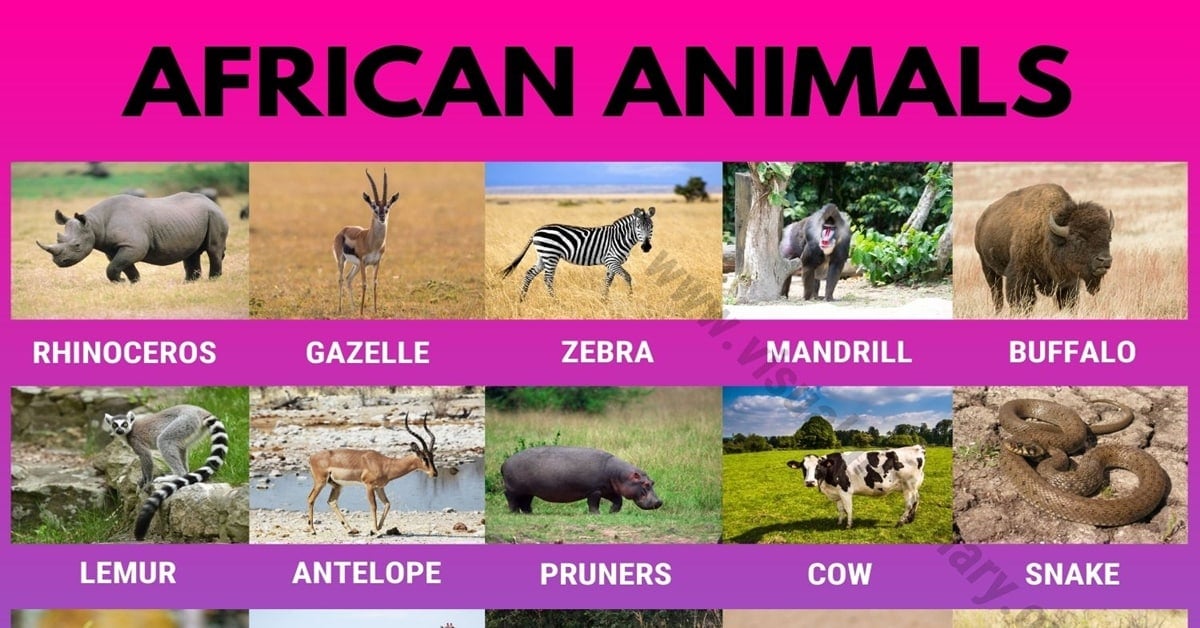 African animals – This post contains all animals native to the continent of Africa. Click here for our species list of mammals, birds, and reptiles in the world are found in Africa.

Animals around the World: African Animals 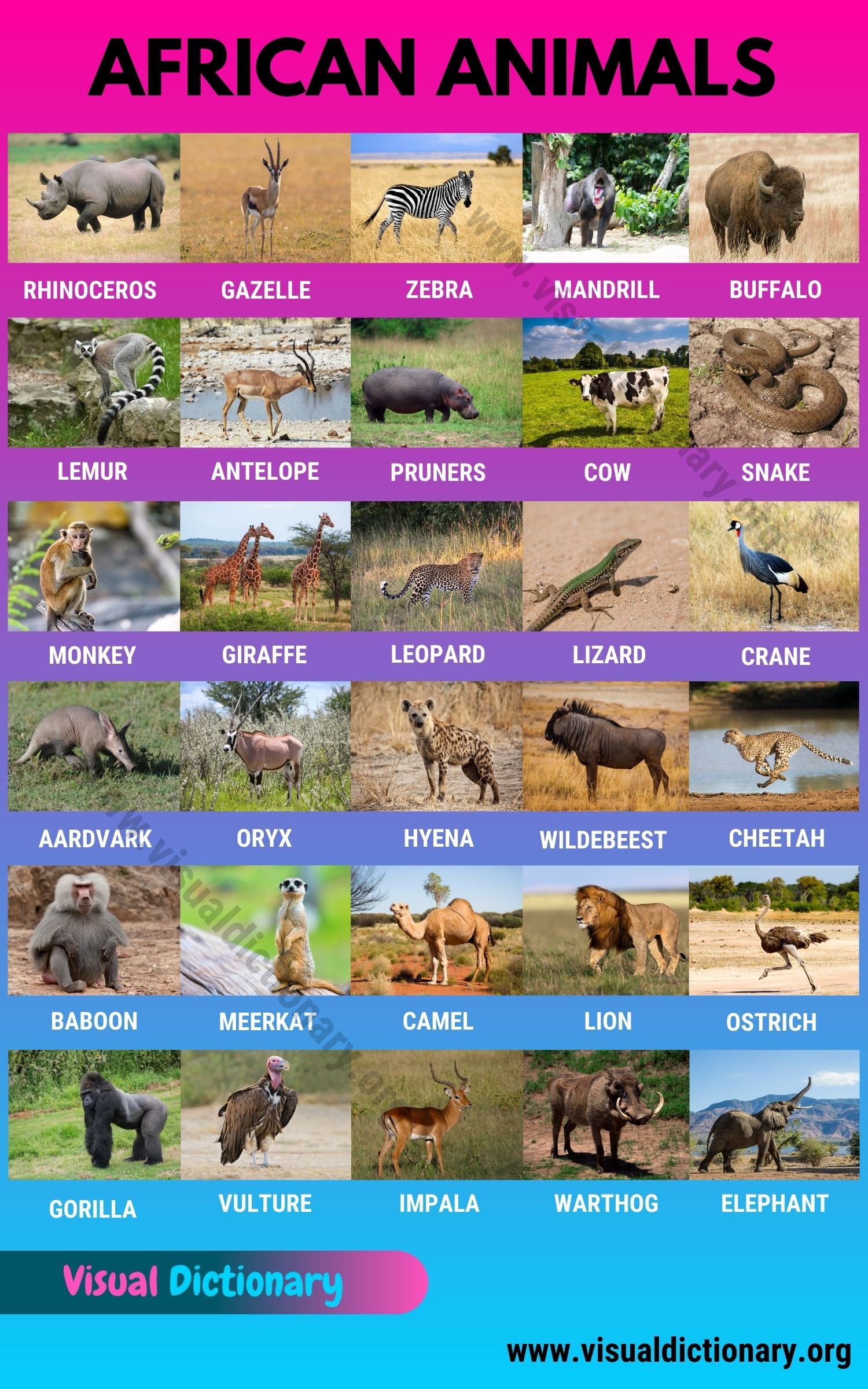