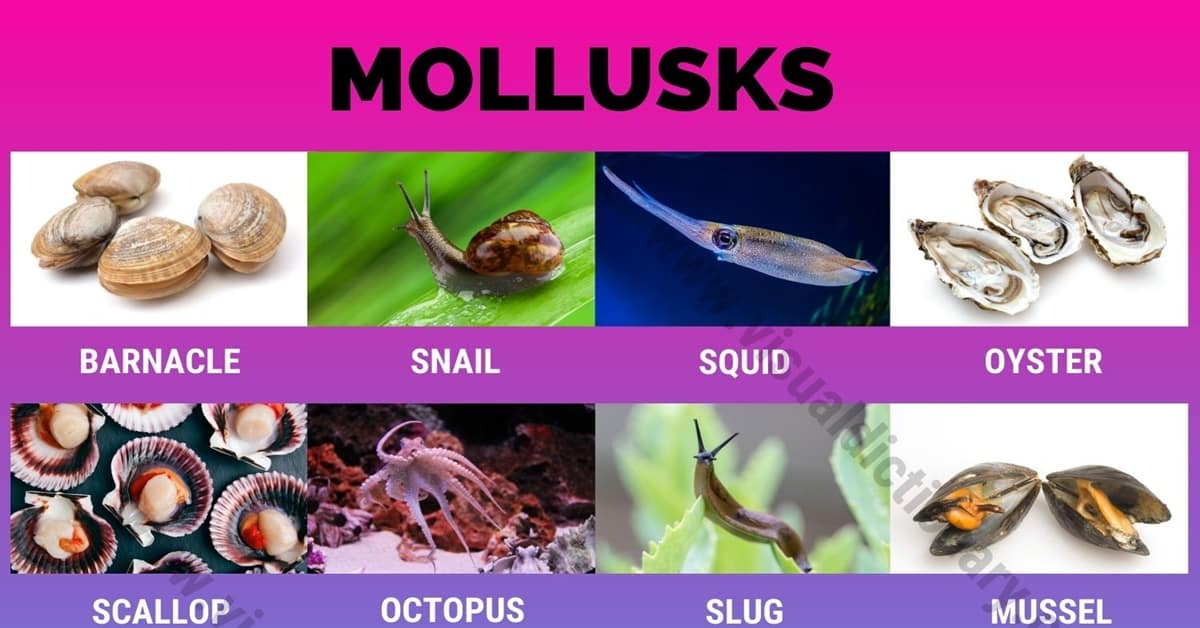 Mollusks! Mollusks are invertebrate animals that have a mantle – a body structure that excretes a shell or protective coating for the animal. In this post, we provide a list of some Mollusca animals that help you improve and expand your English vocabulary.

Mollusks are members of the invertebrate phylum Mollusca and contain more than 100,000 species. Some mollusks have shells like clams and snails, while larger mollusks have no bones at all like the cuttlefish, squid, and octopus. 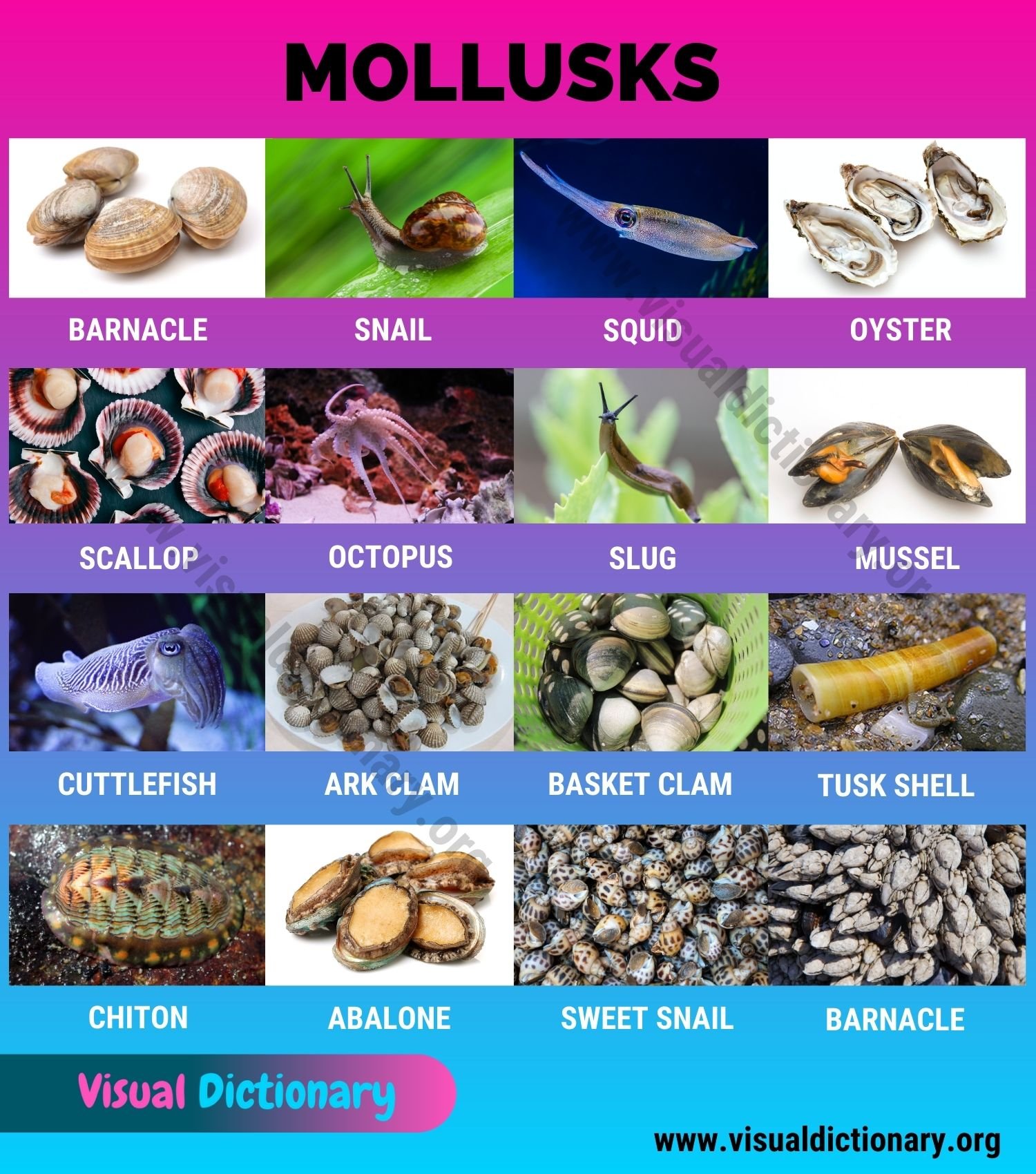