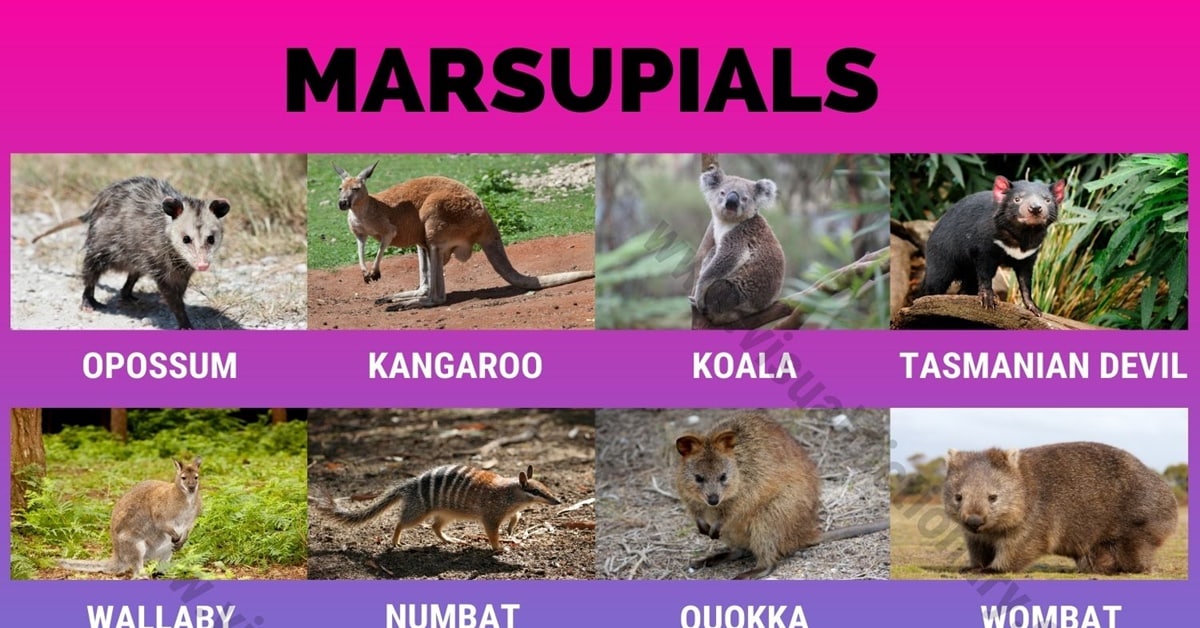 Marsupials! Marsupials are mammals that commonly bear a pouch such as kangaroos and koalas. Do you know other marsupial animals are found in Australia?

Marsupials are mammals that give birth to underdeveloped embryos, which then climb from the birth canal into a pouch on the front of the mother’s body. Once inside, the infant, sometimes called a joey, feeds and continues to grow by attaching itself to a nipple. While most marsupials are native to Australia and the surrounding islands, some are found in the Americas. 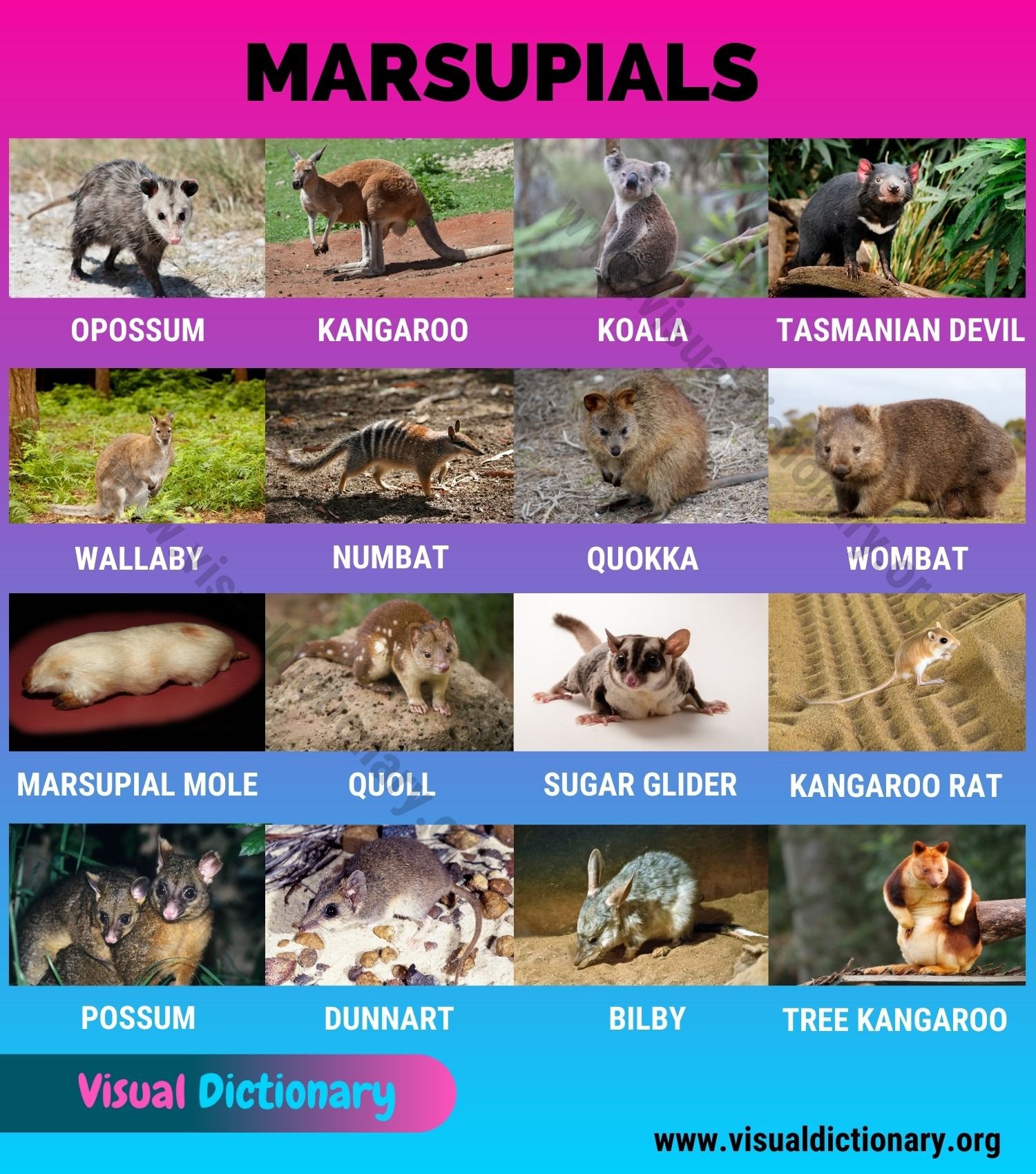