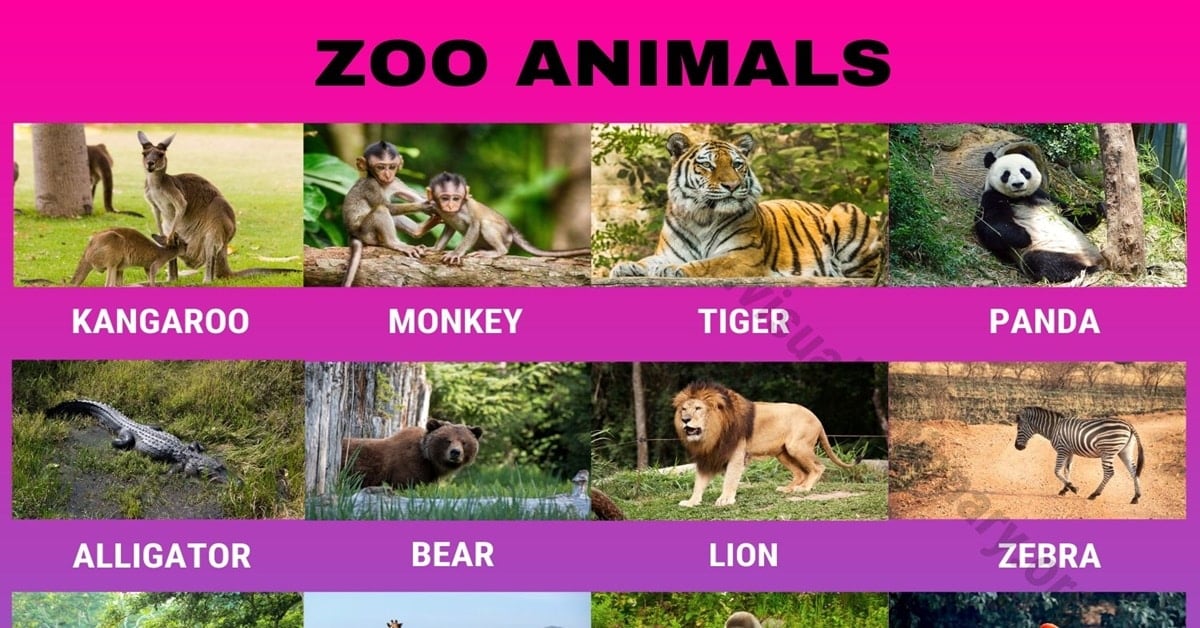 Zoo animals! There are many animals that live in the zoo. Below is a useful list of names zoo animals in English. For each animal, look at the picture and read the example sentences.

This is a vocabulary worksheet on zoo animals for beginners. 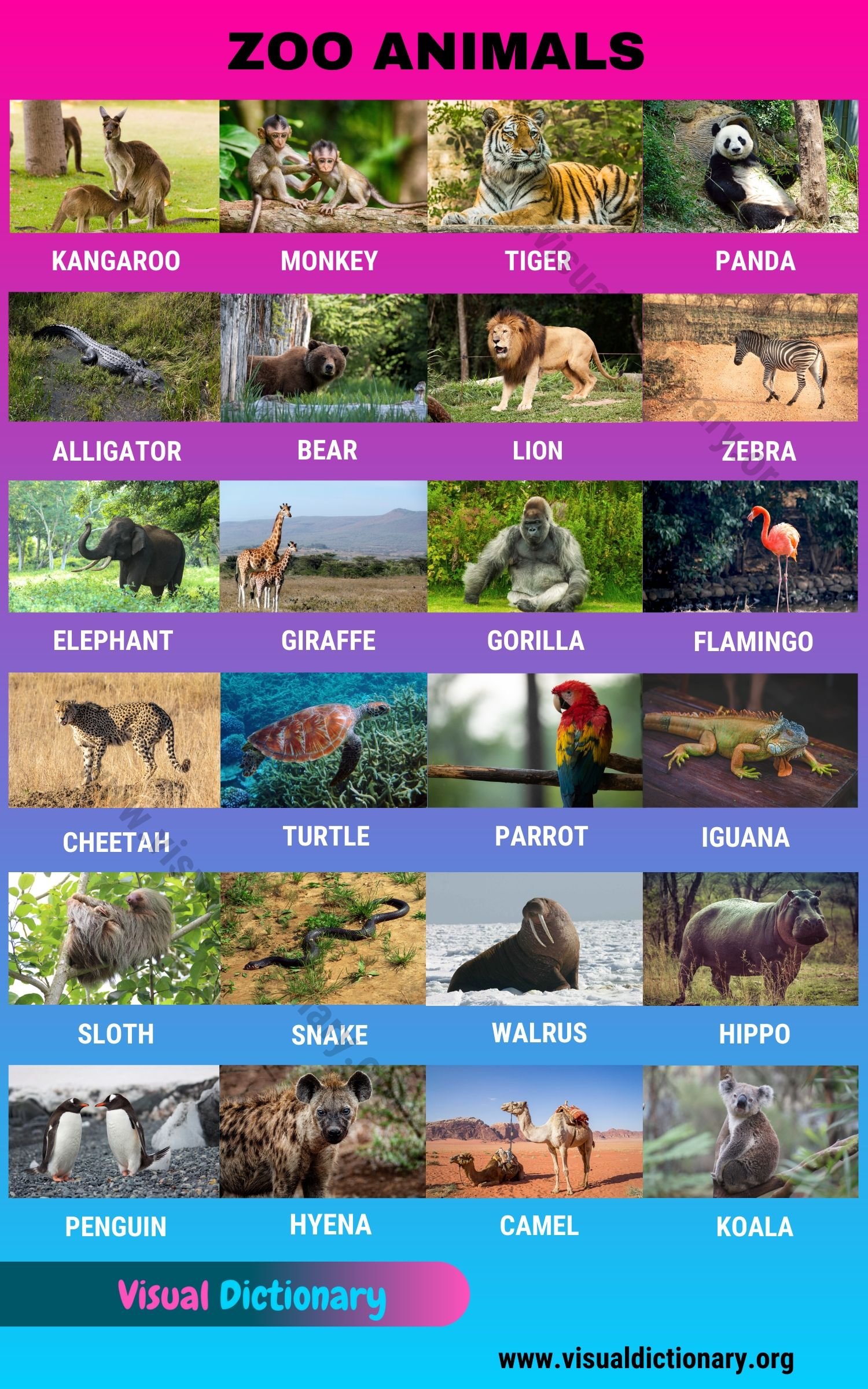 3 thoughts on “Zoo Animals: Wonderful List of 24 Animals that Live in the Zoo”