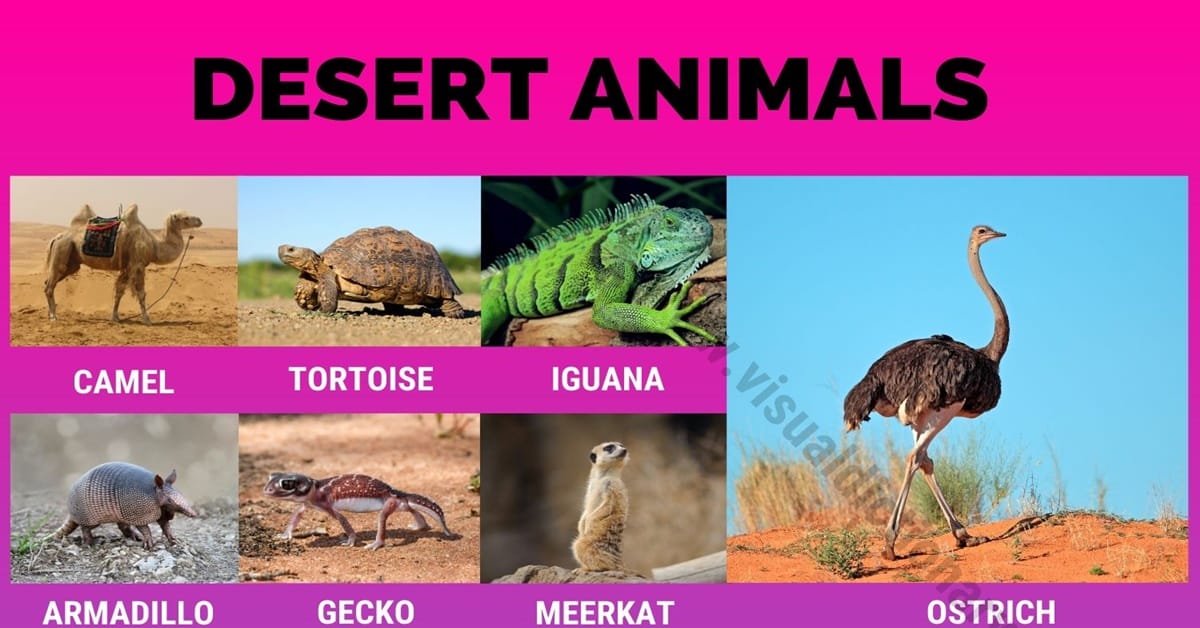 Desert animals! Are you searching for the names of animals that live in deserts? Here, we provide a list of common names of desert animals in English. They include meerkats, spiders, lizards, camels, geckos, snakes, toads, jackrabbits, etc.

Deserts are places that don’t get much rain and are very dry. They can be either hot places or cold places.