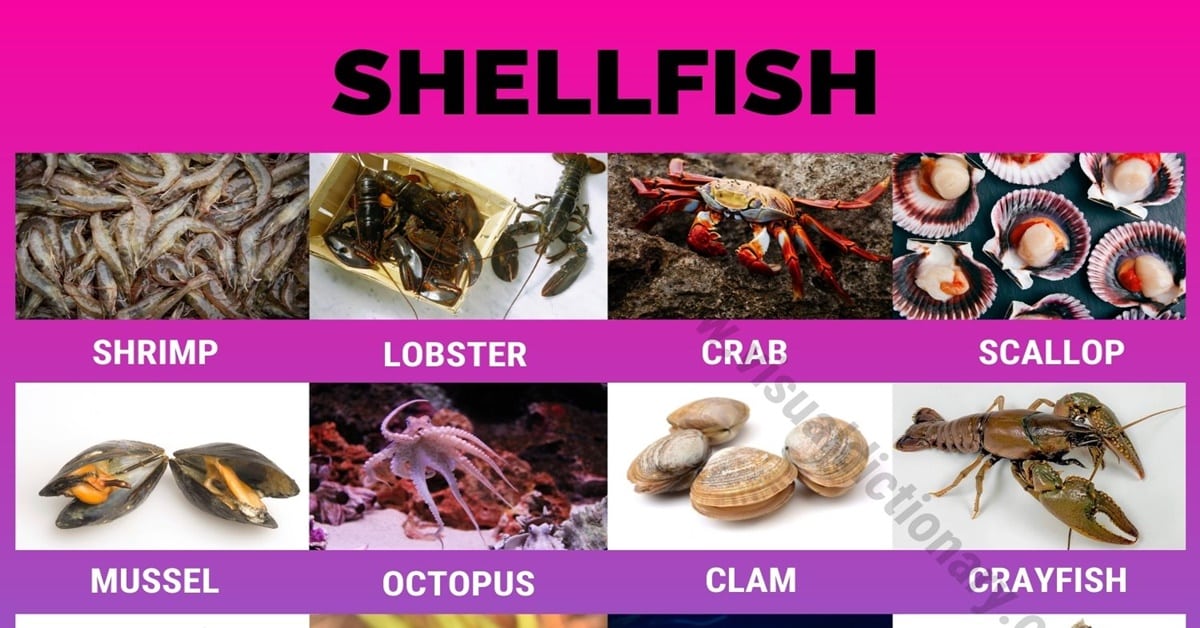 Shellfish! Shellfish are a high-quality protein source for people. However, many people probably don’t know the common names of them. This article lists different types of shellfish all over the world. This useful list will help you expand your English Vocabulary.

Shellfish is an aquatic animal having a shell, as the oyster and other mollusks and the lobster, and other crustaceans. 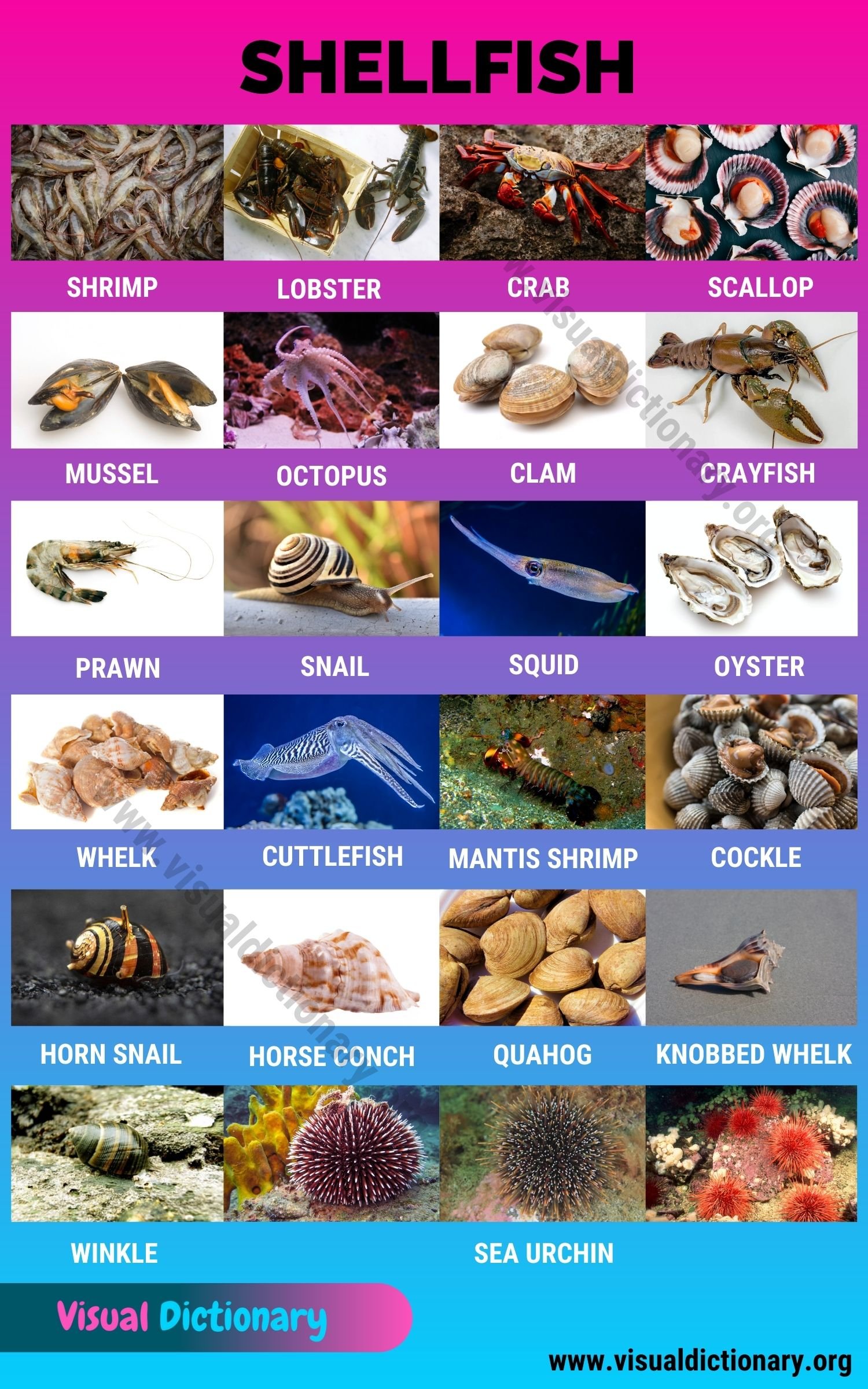