Animal sounds! In this lesson, we provide a list of animals with their sound. This interesting list will interest and inspire you.

Animal sounds are a form of onomatopoeia, which are words that imitate sounds. 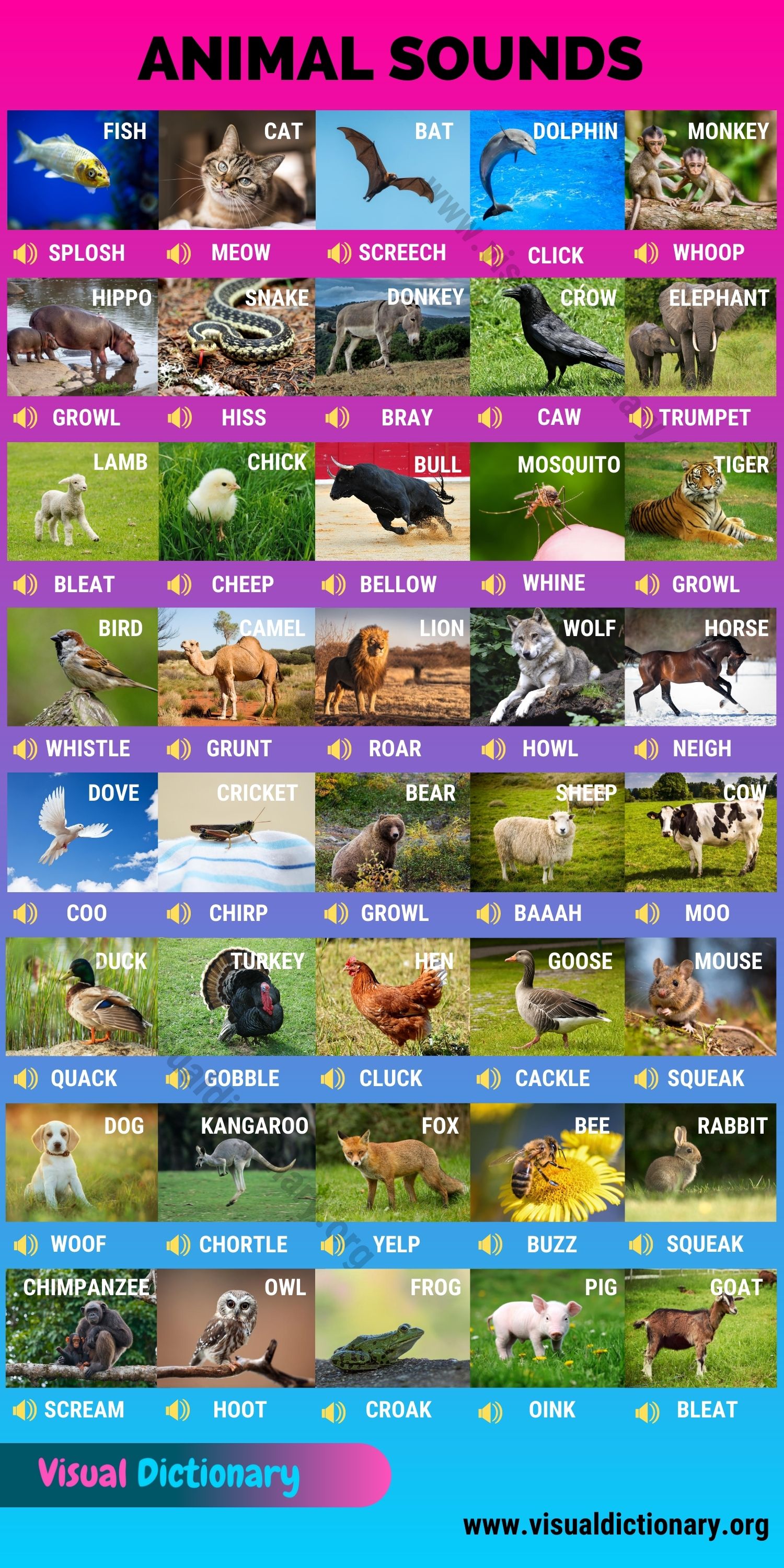