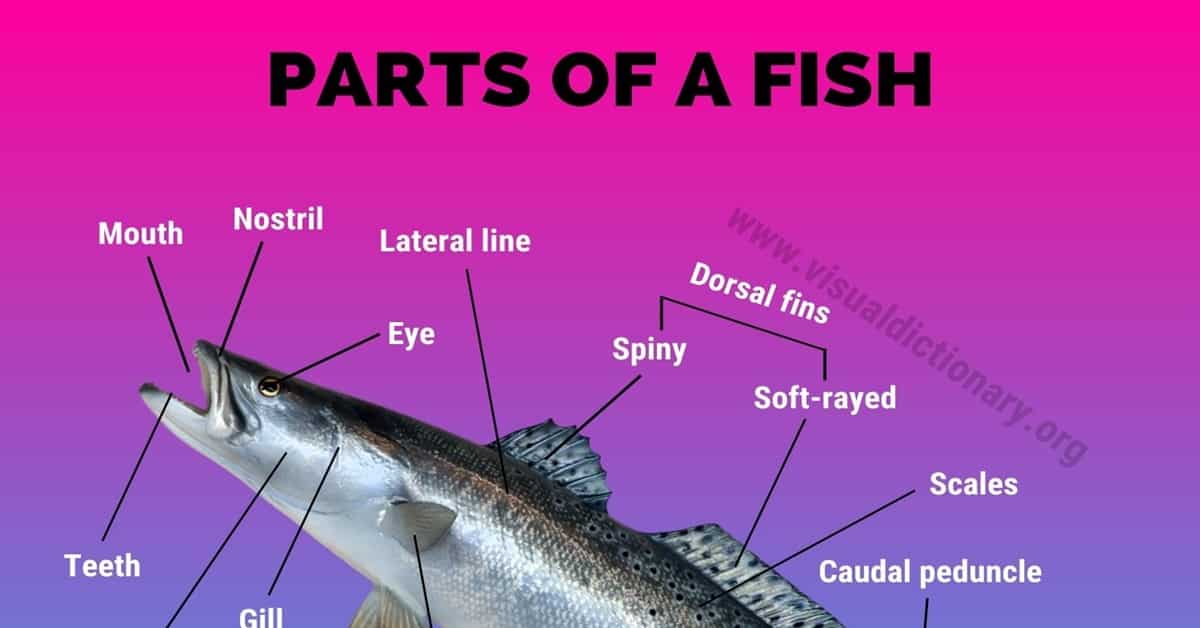 Fish anatomy! How many parts of the fish can you learn? Here, we provide a list of 12 external parts of a fish in English with picture. This list could be useful for your English vocabulary about animals.

The body of the fish is protected by a thin but hard coat of overlapping scales and a coating of slime.

Parts of A Fish

Animal Anatomy – Parts of a Fish 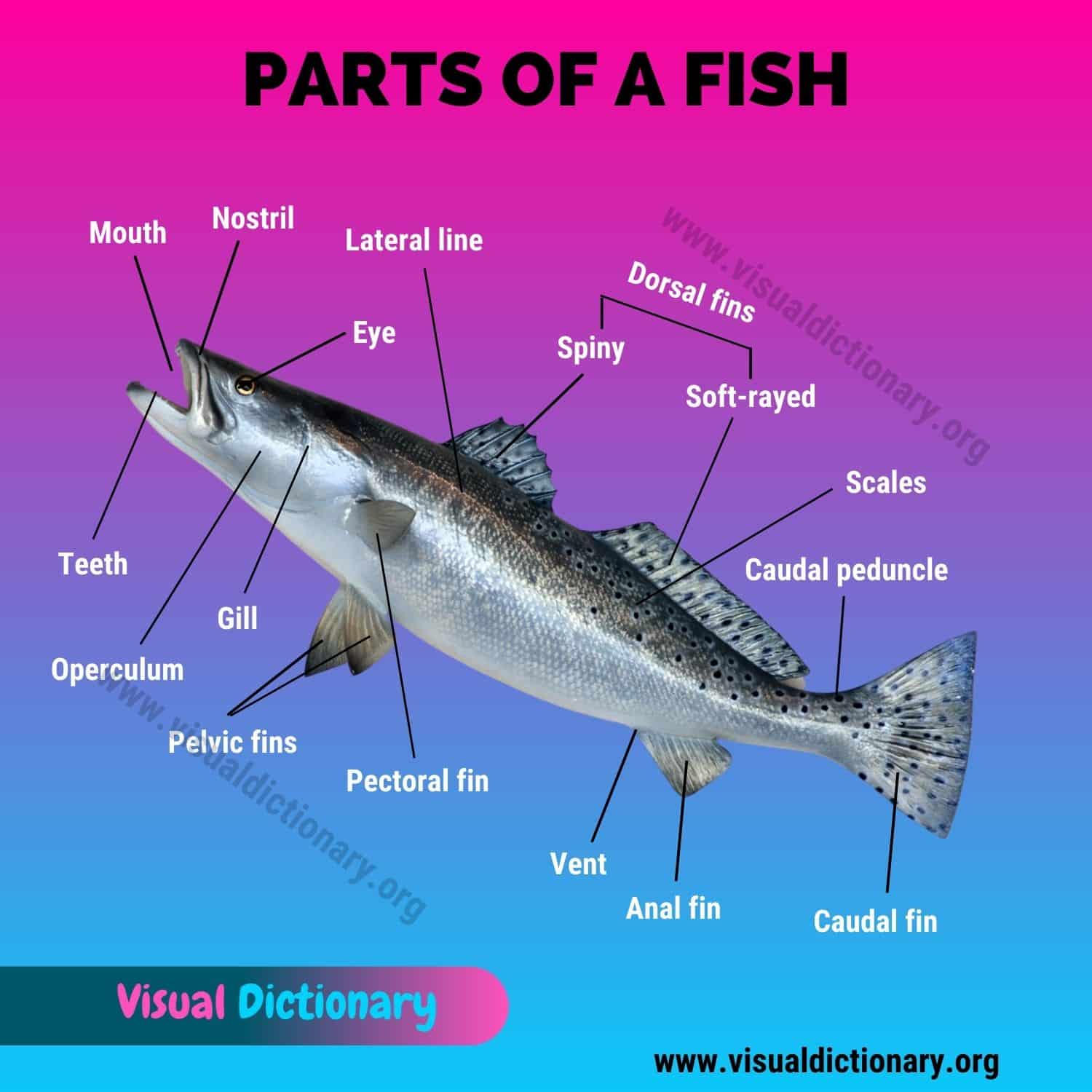