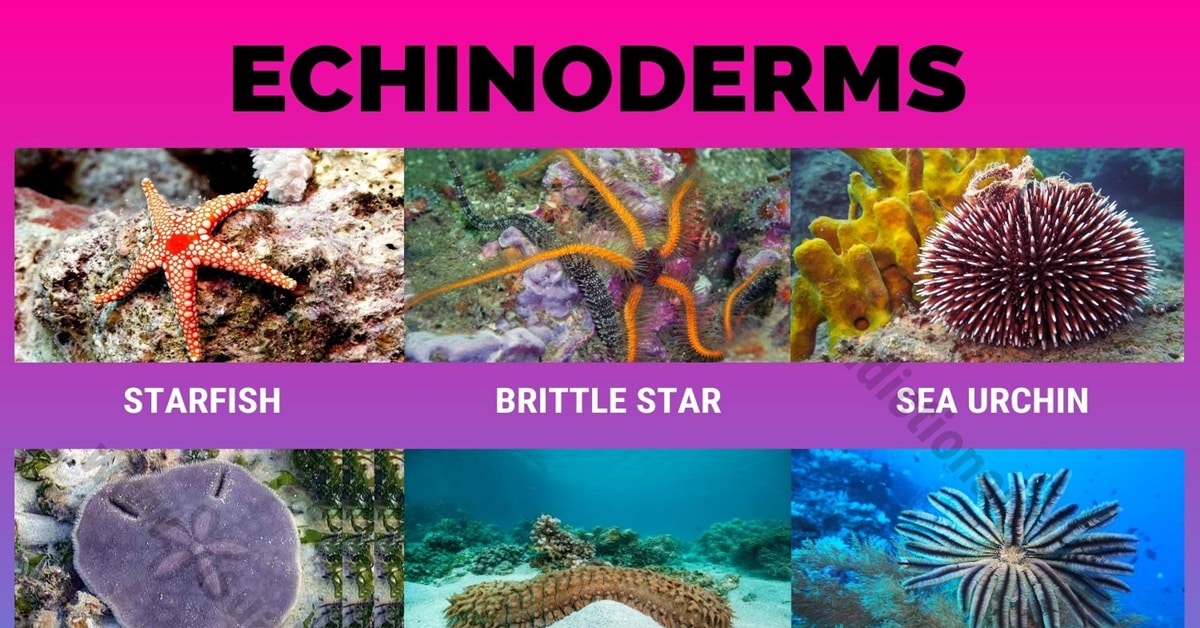 Echinoderms! Echinoderms are invertebrate animals that have pentaradial symmetry, a spiny skin, a water vascular system, and a simple nervous system.

The echinoderms are a group of animals that includes starfish, urchins, feather stars, and sea cucumbers. They are simple animals, lacking a brain and complex sensing organs.

They have pentaradial symmetry and a calcareous endoskeleton that may possess pigment cells that give them a wide range of colors, as well as cells that possess toxins. 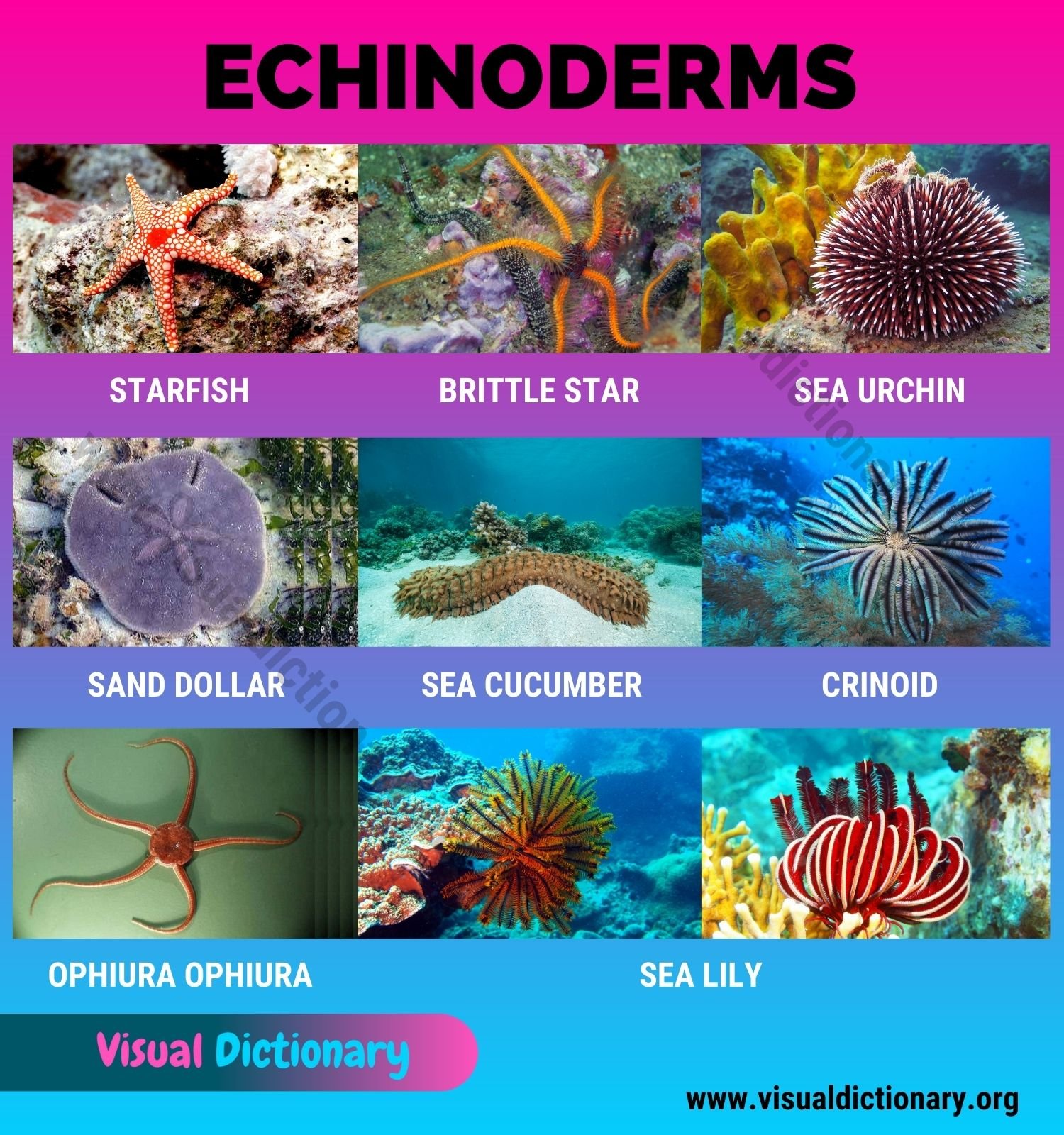